I’ve lead a pretty eclectic life thus far and grateful for every moment of it.

The good and the bad.

I love meeting new people and enjoy keeping up with old friends.

So in order for me to get to know you… let me first break the ice and expound about some of the different aspects of my life and see if we have anything to talk about:

My first recorded song I did for my lemonade stand at the age of 10.

I was convinced a catchy tune would bring in those customers… didn’t know how to loop it so just kept rewinding manually (this was the early 80s). 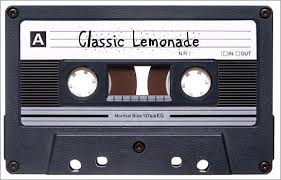 As I grew as a musician into my teen years, I discovered Gershwin, Ragtime, Oingo Boingo and Punk Rock.

In about that order and all contribute to my playing today.

I love New Wave music and there’s a great new local radio station to me 103.1 The Wave that I would recommend streaming…. they actually have very engaging DJ’s (Just like the old school and Chet 10am-2pm is king.).

Some of my favorites artists are Elvis Costello, Squeeze, Split Enz, They Might Be Giants, Violent Femmes, The Smiths.

But back to the bio…

I studied Jazz at the University of Utah while at the same time playing with several rock/pop bands. I made a name for myself as a freelance bass player as well as fronting bands playing both bass, guitar, and piano.

I love playing 80’s covers on acoustic guitar doing my own arrangements that quote the originals and their heavy keyboard work. People tend to enjoy an acoustic version of “Tainted Love” just for variety sake…

Today I have dived into the world of folk music. Like, the really old stuff from the Netherlands, Gaelic, Welsh music… just a lost art form.

In fact, blues/soul/jazz had its roots in Gaelic music, and I love exploring the ol’ timey genre (The O’ Brother Where Art Thou Soundtrack is a huge influence). So I do a lot of my playing in D-tuning, which was popular back then and many of the O’ Brother tracks were done in that tuning.

I love reworking the old hymns, most of them were based on old folk music, and the African American Spirituals are some of the most hauntingly beautiful music ever created…

I find most choir and heavy organ/piano arrangements of folk music-based hymns to have absolutely zero feel for how they were originally intended. In my opinion, most music sung in churches today has gotten very stale (In all denominations).

So yes, I do resonate with musical snobs found in failing record shops (like the crew in High Fidelity), but I do try to be kind although I do have strong musical opinions. (Just don’t get me started on American Idol or The Voice!)

I could talk music all day… and I’ll close with sharing a blog post I wrote a while ago that got a good amount of traffic, shares, and comments titled: “80s Music Really Started in 1978”

Water Polo was my game and I dedicated a major portion of my early life to it. Even wrote a book about my experience!

I also was a starter on the high school basketball team for four years, a high school/collegiate swimmer and a feared little league baseball pitcher.

But playing Water Polo was my passion and I had the most talent for. I placed priority and time spent even before music because I realized my playing days were numbered.

And so they were.

I had a fun and exciting High School career earning All-American honors my senior year along with several CIF records. 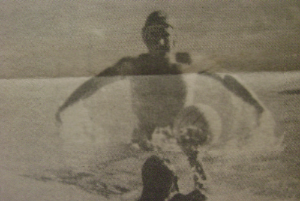 Don’t imagine those records are still there today… and don’t care enough to look it up.

I was recruited by UC Irvine directly out of High School but went to a Jr. College instead with the idea to get more playing time early on… which proved to be the right move.

We won the state championship 2 years in a row and I was named State MVP my sophomore year.

This got me a lot of offers from the big boys including UCLA as my biggest recruiter. I made the decision to serve a full-time LDS mission for 2 years and left that offer on the table.

On my return, UCLA was all filled up with goalies but would have still taken me but I was not the same player. UC Irvine still was recruiting me hard after I had a tryout with an Anteater alumni Mike Evans that had recently retired from the Olympic team.

He told them he couldn’t score on me so I got even more heat from Irvine… even though I felt completely finished mentally.

So I played club ball and never ventured into the NCAA’s although my Huntington Beach-based Jr. College team played plenty against the big boys and we always held our own taking some big victories.

So I set my focus on music and I had met my soon-to-be wife Jenny at that time so spending my life in the pool non-stop for another 2 years was not attractive to me.

But I love the memories to this day and miss it.

Today I swim, surf, run and lift weights pretty regularly. My body loves a good workout after spending years involved with such a demanding sport.

I love what I do and my skillset is rare. I’ve been doing business online professionally since 2001.

In fact, it is this fusion of sports discipline along with music artistry that makes me an in-demand online marketer.

But I turn down most projects offered to me.

I prefer to spend my working energy towards businesses and products that I can get paid residually on.

I chased my tail for years making other people money…

I specialize in lead-generation and qualifying prospects through years of copywriting in the natural health verticals.

I follow Ryan Deiss of DigitalMarketer.com and attend his events for over the past six years.

I have many years dedicated to international business and find the demand overseas for quality nutrition is far greater than here in the states. I have initiated millions in sales to African countries that are benefitting from improved nutrition. Today, I sell CBD to the Japanese market and go over why MOST of the CBD product people are buying today is crap!

I see a new wave coming that has been spurred on as social media has matured. Remember, we are still a young industry and innovation is constantly changing things. It is pretty exciting, and I talk about what I forsee happening here.

So that’s me in a nutshell. Wow… big nutshell (but I’m long-winded).

I genuinely love meeting new people… so please if you have any questions, comments, or inquiries don’t hesitate to hit me up! I love corresponding on a one-to-one basis. 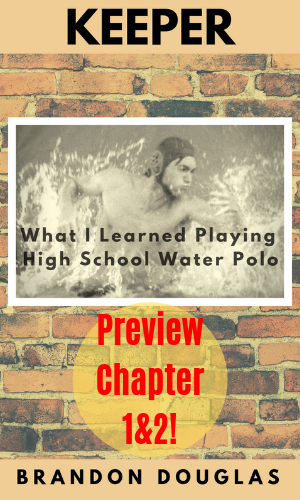 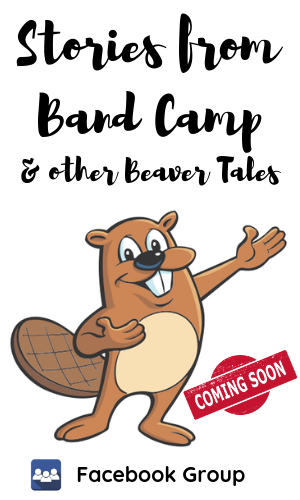 Send Me a Message!

Filled with Music, Rants, and Nostalgia

We use cookies to ensure that we give you the best experience on our website. If you continue to use this site we will assume that you are happy with it.Ok